A creator with an eye for the extraordinary, film director Aatish Basanta has unlocked the technique to portray all the five senses through his lens. Viewing his recent campaign for Maison Krug, we converse with this maverick

“The medium is the message” – this theory by communication philosopher Marshall McLuhan has never been more truer than now. And of all the mediums, video has been said to be the most effective. But taming the video medium to perfection is not easy. It is that seamless play of colour, light, music and moving images that can communicate anything, any emotion.

Aatish Basanta, a Film Director, Artistic Director and a Coach, is known for using images, lights  and audio-visual innovation to portray emotions beautifully. He has collaborated with multiple luxury and fashion houses and helped them create an effective 360° media strategy via films. Kaleidoscopic to wistful to exploratory, he knows how to effectively layer the story.

And now Mr. Basanta, a Parisian, raised by Mauritian parents with Indian lineage, mesmerises us with his collaboration with Maison Krug, the luxury Champagne Brand. Produced by WHITEDOG in 9/16 format - a format unseen for a luxury house - this campaign shares the story of the “Single Ingredient”. In a series of campaigns, Krug has been choosing one ingredient from a country and invited phenomenal chefs to create delicacies with it which, of course, pair well with the champagne. Krug’s recent sojourn? India – where the humble, ubiquitous, versatile onion was chosen as the focus ingredient. Celebrating this campaign, Mr. Basanta created a beautiful campaign which highlights discovery, excitement, innovation and pure joy.

"One of the important scenes [in the film] is when one of the chefs picks up the soil, where the onions are grown, smells the soil and feels its texture. The objective was to show humility in the the campaign, as it is a virtue close to me because of my family, heritage and culture."

“It is always interesting to work with luxury houses to share the brand universe with the local and international audience. When Krug approached me for the collaboration, it was because of my sensitivity to share the  story of luxury brands. Maison Krug is known for its exquisite champagne that is created from a selective blend of vintages, which gives it the delicate taste. Which inspired me to tell a story, how a grape can create something as exemplary as Krug. And this led to the One Ingredient Campaign, where we show the story of one ingredient,” explains Mr. Basanta.

One feeling that was paramount to depict in the Krug X Onion campaign was the feeling of a bond. Whether that bond was between the chefs and the onion, or between the land and its farmers. Mr. Basanta doesn’t only visualise it stunningly well, but explains it in words aptly too: “I understood that the heart of the Krug is in the land it grows on. And India, also known as Bharat, is country that is attached to the earth. Therefore, Maison Krug with its savoir faire attached to the land, was destined to travel to India to share this unique journey. One of the important scenes [in the film] is when one of the chefs picks up the soil, where the onions are grown, smells the soil and feels its texture. The objective was to show humility in the the campaign, as it is a virtue close to me because of my family, heritage and culture. And when I shared my vision with the Maison Krug team, they immediately accepted the idea.”

Beginning from the cellars of Krug in France, moving on to Jaipur’s mystical colourful land and the chefs’ experiences with onion, the film is a short, splendidly narrated story on not just the brand, but that values that the countries share – that of exceptionality and deep gourmet cultures.

Mr. Basanta adds, “The objective of the campaign was to show the adventures of exceptional men who travelled to India, to share and exchange ideas with people that they never met before. It was challenging but one of the most rewarding experiences.”

The result is a film that leaves an imprint on your soul.

The World of Cinema

Mr. Basanta quotes a French proverb which defines his fundamental principle of film making, “Toujours Suggerer et laisser la spectateur prendre le relais”. It means that [as a filmmaker or artist], “always just suggest and let the spectator ignite their emotions”. The journey towards this philosophy often transcends him to his roots in India.

India, as a country, liberates him and sets him free. And it was Indian cinema, especially the music, that made him fall in love with this elaborate, magical medium. The music touched him profoundly and he desired to become a composer. Hence, he learnt piano, batterie and other musical instruments. Consequently, he enrolled in an Audio Visual School where he discovered imagery and started doing photography. In his final year of school, the professor inquired about his future and Mr. Basanta expressed his interest in editing. But the professor told him that he was destined to tell stories and not edit them. Well, this epiphany sealed his fate, he decided to become a director and the journey continues.

Going back to history, Mr. Basanta recalls, “The first project was the tipping point in my life, where I did everything, from building scenario, to financing and direction. For the first time I had to direct people and share a story.I received recognition from different film festivals such as Cannes, Montreal, Dubai. But, it was the an emotional moment when I realised that the audience was moved by my film, Do Dil, where I had to do everything alone. My first experience to story telling the first film has no constraints, and the possibilities were limitless.”

"These days, you just need a phone and a laptop to create a powerful film. Therefore, students must invest time and effort to fight for their dream. Use this confinement to improve on your work and creative capabilities. Life will always throw challenges, one should always have the patience, perseverance and ambition to achieve one’s goal."

Behind the scenes of the Krug X Onion campaign

When inquired about the challenges in the world of advertisement and film making, he passionately replied, “One face many challenges in the creative industry. But my love for cinema allows me to transform my constraints into an ambition.”

The pandemic has affected cinema as well – but is it for the good or bad? “The answer is Yes and No. Yes, due to Pandemic, it has become more difficult to produce a film, because of all the restrictions and rules to manage the pandemic, which has  slowed the industry. On the other hand, it has accelerated the demand for films. Due to Covid, the consumer on OTT platforms such as Netflix, Apple TV, Prime Video, Disney +, etc., wants more content, which gives directors and producers a new opportunity for story telling. My latest passion project is Stories Production, a film production house, where as a co-producer with my partner Dominique Rubio, we produce films that set new standards for storytelling,” explains Mr. Basanta.

Behind the scenes of the Krug X Onion campaign

And like any industry, the future of the films and cinema also rests on the next generations. As a final word, sharing advice with the young, aspiring creative minds of the world, he says, “As a part-time teacher myself, I understand that the time is tough for the new generation. But I always encourage them to become better than the previous generation. I want them to not get demotivated easily, this generation has a gift of accessibility and technology. These days, you just need a phone and a laptop to create a powerful film. Therefore, students must invest time and effort to fight for their dream. Use this confinement to improve on your work and creative capabilities. Life will always throw challenges, one should always have the patience, perseverance and ambition to achieve one’s goal."

When Royalty Cares for the Rural: Princess Diya Kumari Foundation

From Swarovski to Brunello Cucinelli: Changing Dynamics of Luxury Leadership 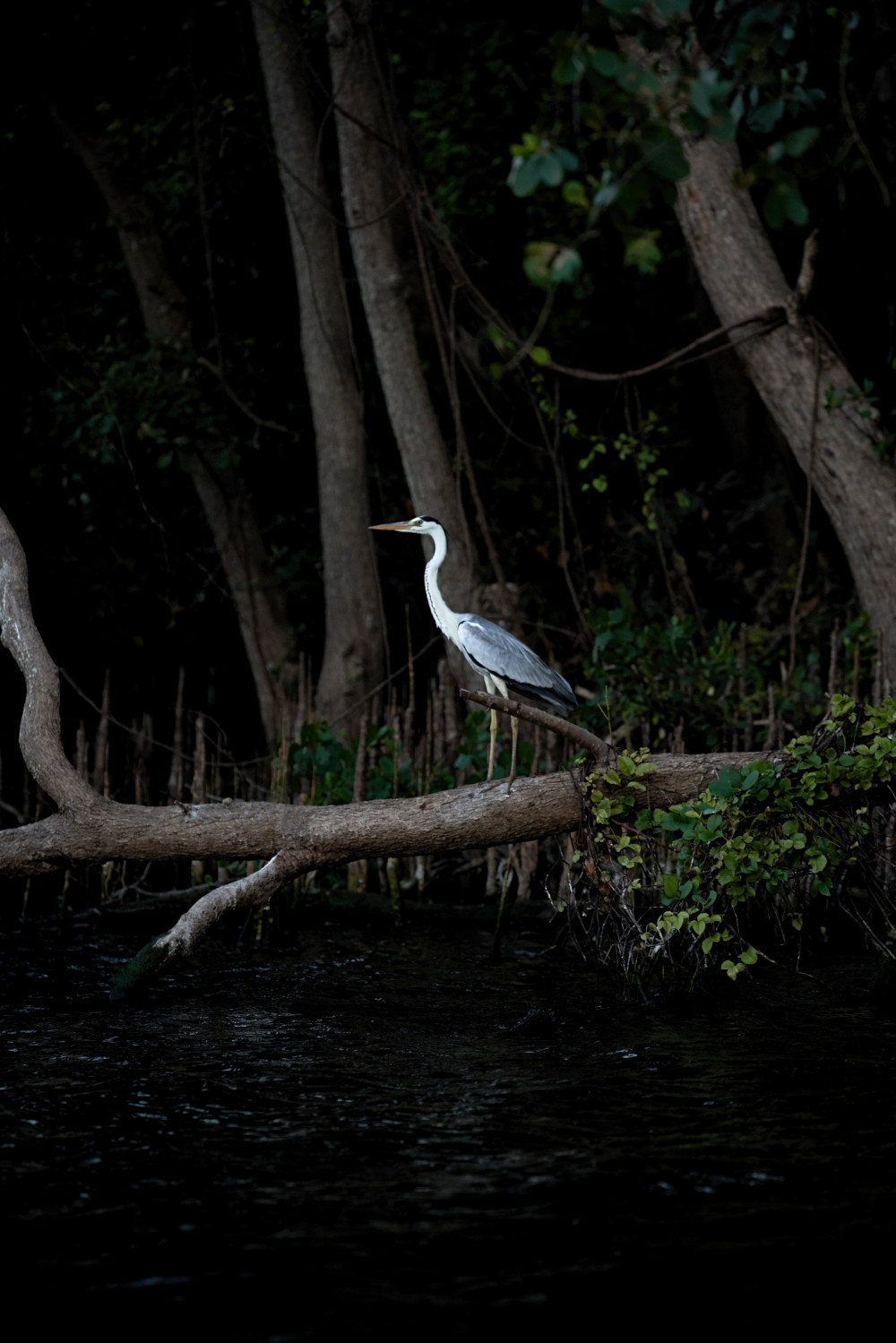