While Sri Lanka is often taken to be a coastal lover’s hub with its vistas of tall coconut trees and endless pristine beaches, it is also a wildlife game reserve – a jungle book adventure. The southern coast of the country is a wildlife lover's paradise. Given the country’s flourishing ecosystem, it supports a variety of wildlife. Shoals of tiny barb fish swim in the rivers, and the migratory paths swarm with all – from birds to roaming elephant herds.

While I was trailing the southern city of Sri Lanka, Tangalle, in March, I learned about the country's extensive south coast which boasts calmer waters and is a treat to venture out to in search of marine biodiversity. While the weather prevented me from seeing ocean wildlife, I witnessed a wild ride through the jungles framed by soaring highlands and a kaleidoscope of endemic plants and animals. My stay at Amanwella, Tangalle, which is a tropical hideaway sitting on a patch of shoreline where the palm trees meet a pristine, isolated beach, overlooking the deep blue waters of the Indian Ocean, entailed giving experiences of wildlife game reserves nestled in the south-eastern corner of this undiscovered country.

In the Heart of Paradise: Mawella Lagoon

It’s a sunny afternoon when I make my road journey to Mawella Lagoon, which is an ideal setting for sunrise or sunset canapés. The staff at Amanwella recommended that I go at sunset so that I can experience a surreal bird-watching moment. Within 20 minutes by car from Amanwella, I reached Mawella Lagoon which looked like a heavenly and peaceful treat already. The sun was about to set as I arrived at the pristine lagoon, perfect for a high-tea and sundowner moment. There was Amanwella’s floating lounge ready with snacks, crackers and a bottle of champagne as I jet-set to drift along the verdant waters of the lagoon.

As I started the journey of watching the chirpy birds, my mind settled into a tranquil state leading to natural nirvana. The lounge first drifted to an area where fishing is carried out. Almost every man in the village is an expert in fishing; the first sighting included fishermen and individuals who were collecting fresh aquatic flowers for religious offerings.

The boat next passed along the deep areas of the lake. As the floating lounge proceeded towards the mid, I could see water birds perching, diving headfirst as they plunge into the water to catch a fish in the blink of an eye. The middle of the lagoon is also home to fascinating mangroves, which house numerous spectacular birds - pelicans, kingfishers, herons, egrets and other water birds - all perched high on top of the mangrove trees adding cheer to the wilderness.

As I reached the end of the lagoon where plantations lined up the shores, myriad fruit bats locked themselves to the branch and hung upside down, contributing to a differently mesmerizing setting. A few times, I could see some of them fighting among each other for space for their ‘hanging’ activity and then, flapping their wings frantically in search of a new space. Some of them would swoop down and rest on the lower branches which were equally crowded with the tightly huddled fruit bats. Most of the dense green foliage was old, aged and strong, and hence, these fruit bats roost on those trees, owing to their strong trunks and foliage.

It was my very first time watching bats in such close vicinity to their natural ecosystem - watching those bats flap their wings above me. But not everyone can find it transfixing. If the slow town of Tangalle was a bustling city, there would be complaints to displace the bats already as they did cause a lot of noise. Bats aren’t the most-loved birds, given the legendary folk stories of associating them with darkness and evil. And that was my biggest learning on how the town folks have broken those myths and adjusted to living with them in utmost harmony.

Throughout my time in Sri Lanka, I observed the skies putting on a spectacular show for its visitors with their more than beautiful sunsets. Observing them during a boat ride was even more enchanting. As I witnessed the most beautiful sundowner moment, a folk of birds with the most calming chirping sounds made their movement in glorious circles around the lagoon. It was breathtaking to observe thousands of birds whirling and swooping in unison as if they were performing a highly synchronised ballet in the sky in the evening.

It was breathtaking to observe thousands of birds whirling and swooping in unison as if they were performing a highly synchronised ballet in the sky in the evening.

Taking a boat ride in Mawella Lagoon is a completely different and unique experience that not enough travellers take advantage of. You can wander graciously through this nature’s haven and even discover corals underneath the floating lounge. It’s a ride in paradise.

After a magnificent bird-watching experience at Mawella Lagoon, I couldn’t wait to begin my jungle book adventure in Udawalawe National Park. This being the second wildlife safari of my life, I was eager and enthusiastic about experiencing this one.

Although I am not an early riser at all, I was ready to make an exception to experience Sri Lanka’s wildlife once again. After an early morning call from the friendly reception staff at Amanwella, I woke up at 5 AM to prepare for my morning safari. Starting from the resort premises made me witness the early morning life in the sleepy town of Tangalle: fishermen setting out with their metal hooks and nylon threads, some by walking and some on their old-fashioned motorcycles; lush paddy fields waking up while the coconut trees swayed in the cool morning breeze; and children leaving homes for the school while I saw one mother rush behind her daughter with a tiffin box. It was a replay of Malgudi Days. Sri Lankan roads are as smooth as butter and the good-natured driver with his folk tales from the town set the mood for an energetic morning.

As the elephants grew closer and more comfortable to the onlookers, one of the younger elephants came near our jeep to have his share of morning fun: spraying sand on itself and us as well.

Within 2 hours by car we braced the premises of Udawalawe National Park to revel in the company of one of Sri Lanka’s biggest five: the biggest and darkest of all the Asian elephants. I shifted into a safari jeep, accompanied by a talented ranger who has spent 10 years in the national park and is also known for his ability to track animals, narrate the most interesting stories of the jungle, and point out everything from flowers to birds. As the sun began to shine and we entered the main jungle, I sat uptight, ready to be marvelled.

We met a beautiful peacock strutting down the road, unbothered by the jeeps and people looking at his glorious beauty. A conversation was taking place on our safari driver's old-fashioned walkie-talkie as we advanced at great speeds to find ourselves among a herd of magnificent elephants. Although there were some jeeps already with tourists clicking with their giant camera lenses, our skillful driver impressively parked the jeep in the sweetest spot - not too far or not too near the herd.

This herd included a pregnant mother and baby elephants, and all of them basked in the sun, grabbing their morning morsels and even, sand bathing. However, there’s a lot one can learn about female leadership from these elephant herds. The guide told us how these herds typically include related adult female elephants and their offsprings - all of whom are very cooperative - and they move together. For an elephant, there is nothing quite as important as the love provided and bonds created by their families. However, adult males do not live with the female herds. Upon reaching puberty between the ages of 12 to 15, the males become more independent and leave their herd completely.

As the elephants grew closer and more comfortable to the onlookers, one of the younger elephants came near our jeep to have his share of morning fun: spraying sand on itself and us as well. The guide also enlightened me on identifying and distinguishing between male and female elephants. So, the next time you go on a safari remember these points: the females having a straight back ridge whereas the males have a slightly bent one.

Then the safari moved forward to witness a gang of wild water buffalos with their curved horns taking a soak in a pond. We also discovered herds of spotted deer, sambar deer, monitor lizards, pretty birds - blue-tailed bee-eaters, serpent eagle, white-crested hawk eagles, alligators and nibble-witted monkeys who boldly stared into the camera lenses. Several landscapes are unique to Udawalawe - from the light evergreen forests and grassy plains to freshwater ponds and everything in between.

To end our wild safari, the staff at Amanwella had already picked out a beautiful scenic spot near a lake to relish a quick picnic. Milk rice (kiri bath) with seeni sambol - a caramelized onion relish - gives the perfect combination of sweet, spicy, and sour taste and is a popular Sri Lankan breakfast pairing. Pancakes, a fruit plate, and orange juice were part of this delicious feast.

As I sat back in the car on my way back to Amanwella looking at Sri Lanka's beautiful countryside on my last day, I pondered how a sense of peace can be ascribed to spending time with raw nature and wildlife. While visiting the country, my initial plan was to delve into the country's signature whale and leopard watching excursion, but I have no regrets because a wildlife experience is really about exploring the wonders of the wild with the curiosity of a child. As of now, I have become comfortable with the unpredictable acts of nature as well as leaving the possibility of returning to Sri Lanka open. This paradise country is too wonderful to discover in one trip alone!

Living like a Modern Royal at the Jehan Numa Palace Trailing Amanwella - The State of Nirvana in Tangalle, Sri Lanka

The Westin, Goa: A Luxurious Escape in the Lap of Nature 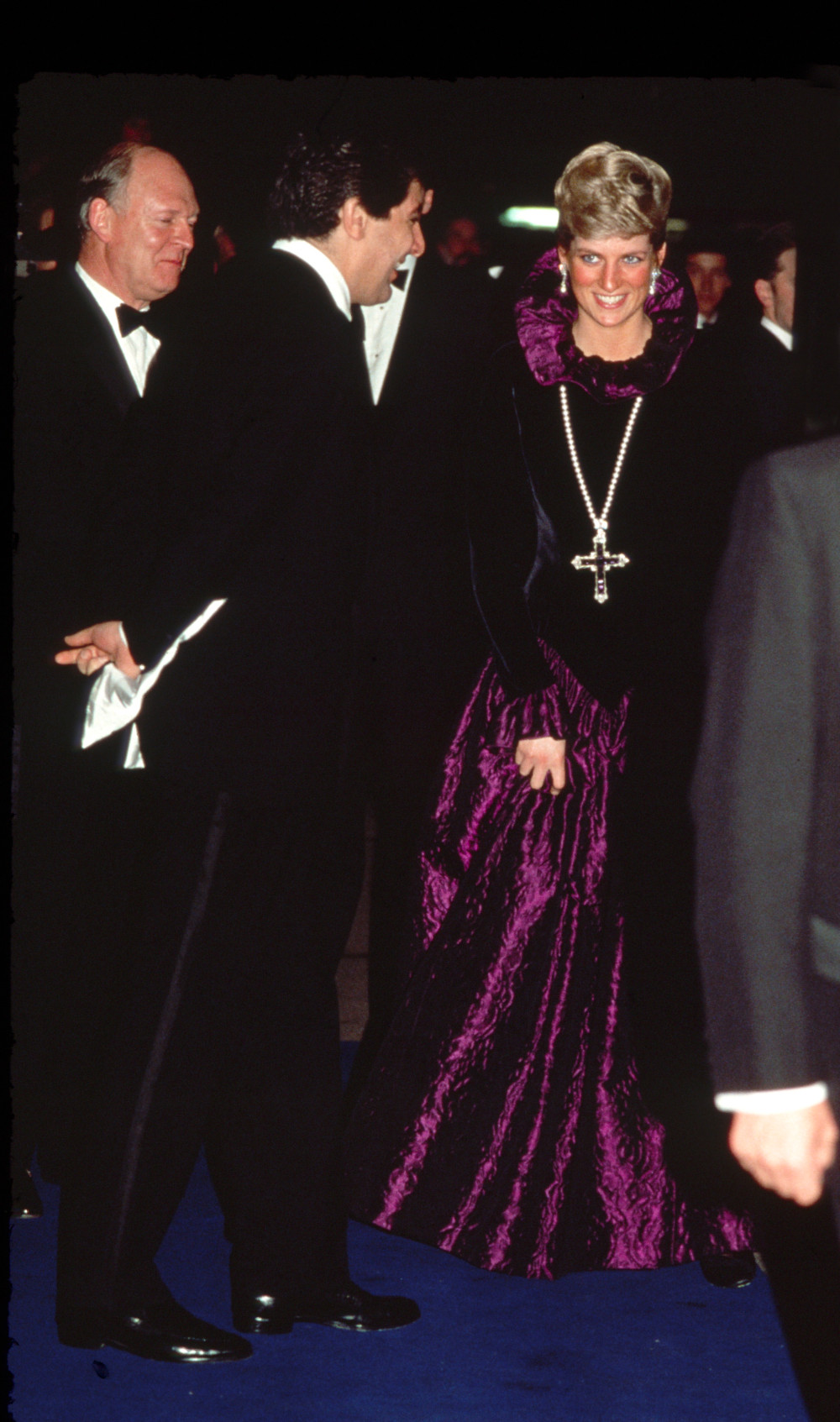